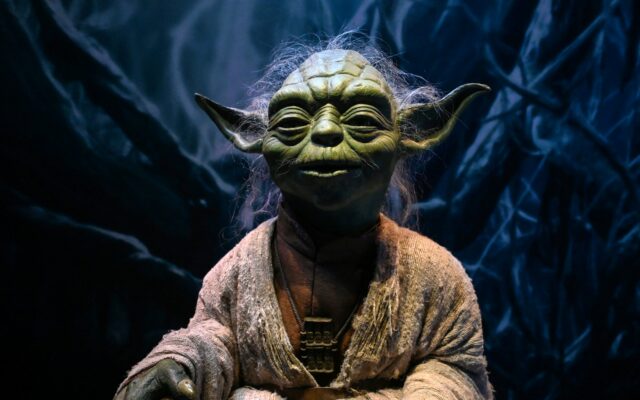 Happy May the 4th! In celebration, we have random facts that you might not know about the Star Wars universe.

2. Obi Wan Kenobi was originally supposed to survive his lightsaber battle with Darth Vader in “A New Hope”.

3. Harrison Ford’s casting as Han Solo was accidental . . . he was only around to help feed lines to actors that were auditioning . . . which included a young Kurt Russell. George liked Harrison’s delivery the best and put him in the role.

5. In early drafts of the screenplay, Yoda’s name was Buffy . . . which turned to Minch Yoda . . . then eventually just Yoda.

6. 11-year-old Warwick Davis was originally an Ewok extra, but he got cast as Wicket after Kenny Baker, who also played R2-D2, got food poisoning.

7. Benicio Del Toro was supposed to play Darth Maul. He dropped out after most of the lines were cut . . . but he did appear in “The Last Jedi” as the character DJ.

8. A young Han Solo was supposed to be in “Revenge of the Sith”.

9. “The Force Awakens” has many cameos like Bill Hader, Daniel Craig, and Simon Pegg.

Get the full list of 65 facts BY CLICKING HERE