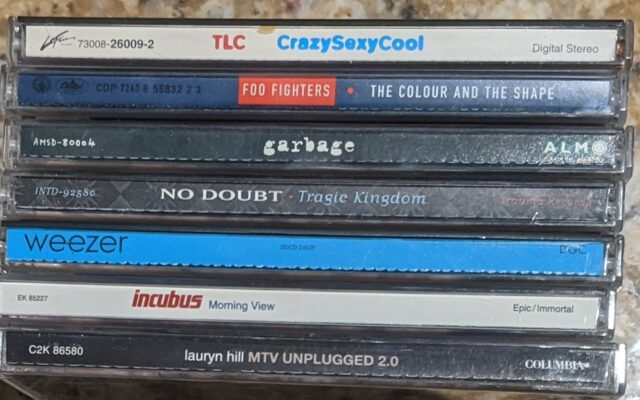 There used to be a time when finding CDs in stores felt impossible. I mean, have you been to Best Buy?

Now, the compact disc seems to be making a comeback.

I try not to hoard things, but I have yet to let go of my 20-something-year-old CDs. I just can’t. I even still have my Sony Discman from 20 years ago that still works and has an AM/FM feature. Am I stuck in the ’90s and early 2000s? Sure. I’m not mad about it.

Do you have a CD collection? Why do you think CD sales are going up all of a sudden?

Here are some of the CDs from my collection. Don’t laugh (or do, who cares). It’s easier to take a picture of my own stuff than to find an image that isn’t copyrighted.

The Video Most Played on MTV Ever!

May 18th, 2022
View full playlist
Connect With Us Listen To Us On