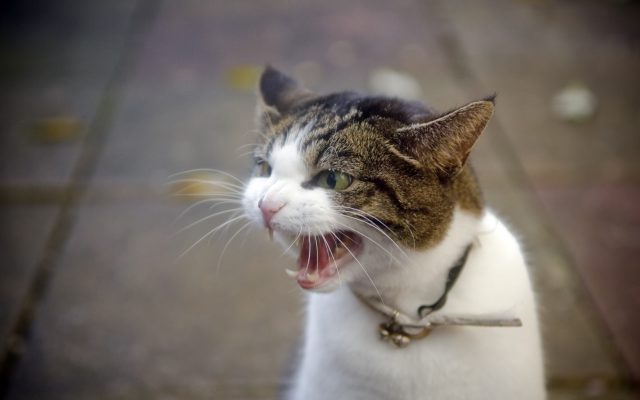 For the past year, every story we’ve seen about angry airline passengers has revolved around mask-wearing. So this is a nice change . . .

A flight in the Middle East had to make an emergency landing the other day, after a passenger got into the cockpit and ATTACKED the pilots.

And that unruly passenger was . . . a FERAL CAT.

No one’s sure how it got on board. They think it might have snuck in while the plane was being cleaned, and then hid in the cockpit.

The flight took off in Sudan last Wednesday, and was headed to Qatar. But 30 minutes in, the cat came out of nowhere and attacked the captain.

Several crew members tried to catch it but couldn’t, and it attacked them too. So they eventually had to turn around and go back to the airport.

As crazy as it sounds, this isn’t the first time something like this has happened.

Back in 2004, someone’s cat escaped from its carrier on a flight from Belgium to Austria . . . got into the cockpit . . . attacked the co-pilot . . . and forced that plane to land too.

Get the full story here.

August 4th, 2021
View full playlist
Connect With Us Listen To Us On