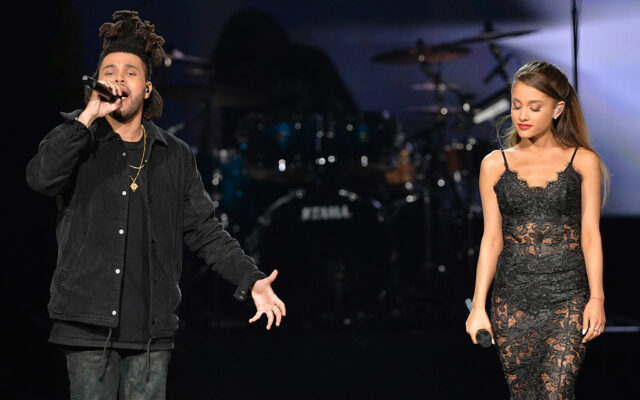 Save your tears for the day Ariana Grande and The Weeknd confirm they’re cooking up another collab, which might be closer than you think.

Both superstars teased an eight-second audio snippet on Twitter of their breathy vocals harmonizing the lyric, “I don’t know why I run away” from his smash song “Save Your Tears.”

“Save Your Tears” is currently sitting at No. 5 on the latest Billboard charts, and could easily go number #1 when it gets released.

Of course, this isn’t the first time The Weeknd and Grande have joined forces. In addition to their 2014 hit “Love Me Harder” from Grande’s My Everything album, they also teamed up for “Off the Table” from Grande’s 2020 Positions album.

More about:
Ariana Grande
the weeknd